We are still trading and listed as key workers with the covid-19 epidemic.
we will be taking all necessary precautions
and taking our customers needs and safety seriously.
Please don’t hesitate to call!

Based in Dundee we cover Tayside and Angus for TV aerial installation and TV aerial repairs.

If TV a bad signal or pixilating picture is common occurrence in your TV, It suggests that there is a problem with your aerial signal.

We will find and eliminate the problem in digital Freeview signals. We will leave your place after ensuring that the signals reach the TV’s at the standard level.

Our digital spectrum analyzer will help us to solve the problem and eliminate poor signal and interference problems.

We are equipped with all the necessary equipment such as aerials, bracketry, filters, fixing’s, amplifiers and wiring to complete any installation or repair. cables can be hidden, multiple points installed the way you want it done! 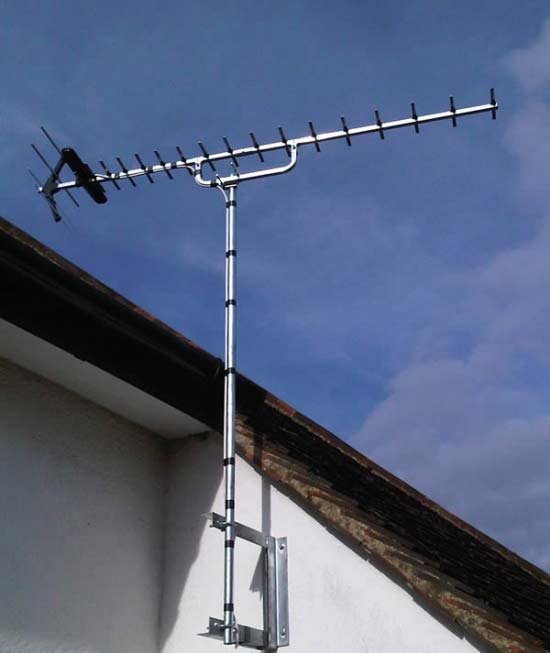 We are small company with reasonable charges.
You pay no VAT for any work.
We provide a fast response.
All work is guaranteed.

A first class service delivered by

Local to Tayside and Angus

WHAT OUR CLIENTS SAY

Having read the previous reviews I called to see if a current installation (done by somebody else) could be upgraded. Tony and Pete were able to come the next day, and exceeded expectations by agreeing to tidy up the previous installer’s work even though it wasn’t originally discussed. Everything was done with a minimum of fuss and very efficiently – the installation looks and works far better than before. Very glad I chose them, and would recommend wholeheartedly.

Brilliant service. Would definitely recommend them. Reliable, phoned to say they were on there way, did the job I asked. Polite and welcoming.

We Are Eager to Hear From You.

Do You Want High-Quality Workmanship?

We only use LTE digital aerials for our TV aerial installations. The reason for this is the introduction of 4g mobile broadband. LTE digital aerials which help minimise the interference from 4g which comes in at channel 61 to 64, the bbc channels from the angus transmitter at Tealing are transmitted on channel 60. The frequencies are so close that there are often interference problems. The Taybridge, Craigkelly and Durris transmitters use different frequencies so they are much less prone to interference but you pick up a limited amount of TV channels from Taybridge.

Our high gain aerial has a built in filter which reduces the 4g or LTE interference effectively, we can also install an LTE filter which does the same job although it will reduce the signal strength slightly. there is only the channel 60 LTE filter that works effectively for the Tealing transmitter.

Portable indoor aerials very rarely work so if you want the best tv aerial installed internally for freeview a standard digital aerial installed in a loft at the highest point will work far more effectively. Generally a loft aerial is a installed in a good signal area as the strength of the signals are weaker in the loft and usually require amplification. We will  test the freeview signal in decibels and the strength needs to have a minimum level of around 36 decibels depending on the weather and outside foliage and trees in the direction of the transmitter at the time of the test. it is possible to allow for these fluctuating factors to ensure the best loft aerial signals are achieved and reach your television at the correct levels with no pixilation or loss of signal, if we cant achieve the desired quality inside the aerial needs to be mounted externally depending on the signal levels in your house.

Radio aerials are much less prone to interference and come in 2 main types, FM loop aerials which are for receiving the signals from the radio transmitter which also at Tealing. DAB aerials are designed differently and work on a specific frequency to pick up digital radio.

Once we have achieved our signal levels they can be distributed to as many points as you wish and the way we do this depends on the strength of the signal and the amount of TV points you require.